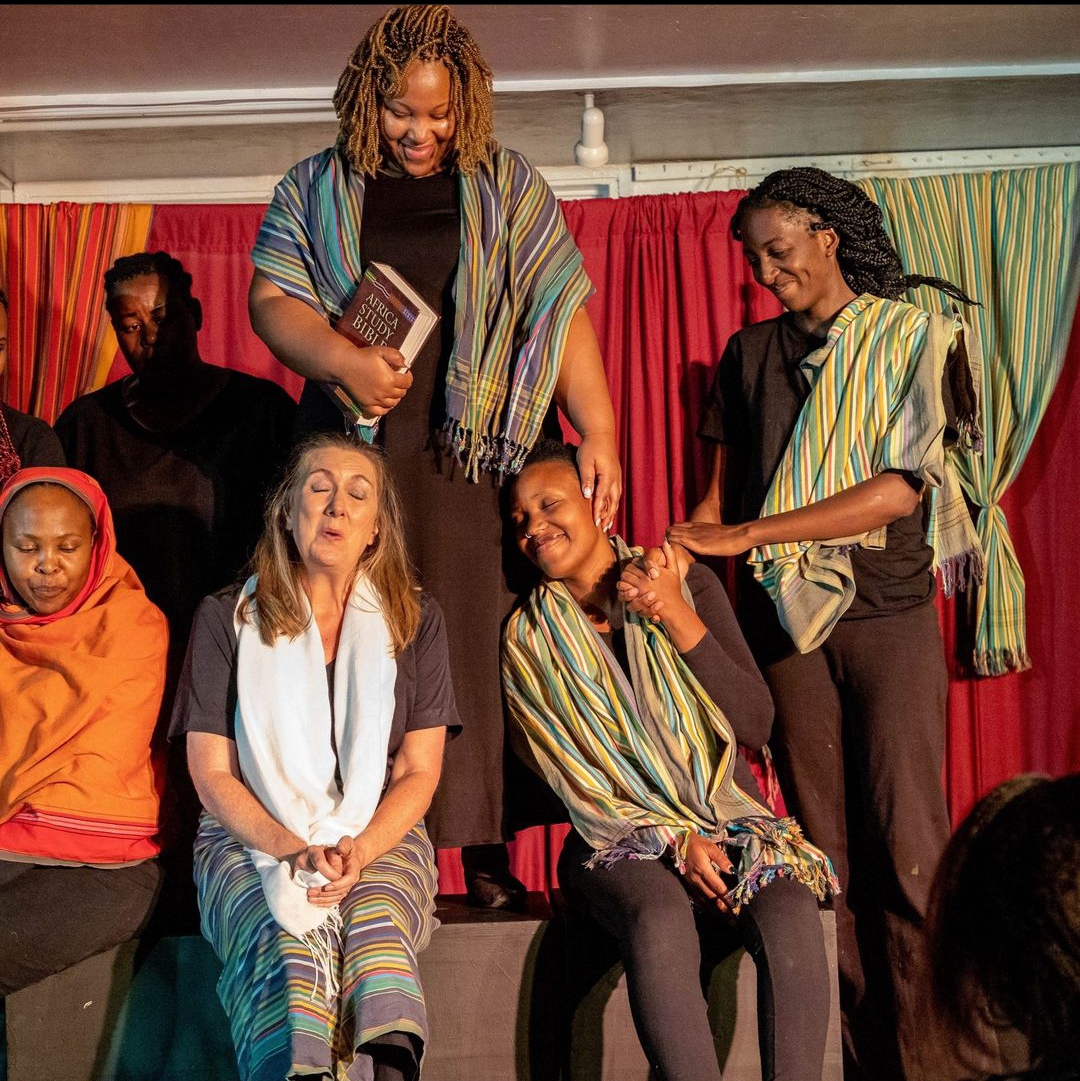 From Director and producer Julisa Rowe and a cast consisting of ; Nyokabi Macharia,Wambui Kyama, Sakina Mirichii, Joyce Musoke,Lucy Wache and Julisa Rowe the play SPREAD YOUR GARMENT OVER ME was an eyeopener showcasing the tales that are often not told about various women in the bible.

Staged at the Mamlaka Hill Chapel Ruaka on Sunday 25th of September, the piece uncovered stories from characters who haven’t been payed much attention to, from Deborah keeping up with Israel as the first female judge to Claudia, Pontius Pilate’s wife having a revelation about Christ’s crucifixion.

Let me ask,in the story of Saul, the first king of Israel, did you know that the Medium who Saul went to consult so as to bring up Samuel’s spirit was willing to help him even though mediums and witches were persecuted and killed in the most brutal ways imaginable, now I’m not trying to justify witchcraft but the point is, the piece gave a deeper perspective about these women other than what I’ve been taught throughout my christian life.

The actors gave a wonderful performance and I for one was impressed in how they shift characters with an actor playing at most three characters.

The writing saw to it that the story portrayed aspects of Joy, despair, grief,war and hope in the lives of the characters. I personally was touched by the narrative of the Samaritan woman’s experience with Christ which was performed in song form and also felt an emotional connection with the characters and the stories.

The set design, costumes, lighting and props really set the tone for the story

Chemi Chemi players for sure did put up a good show and I for one anticipate for their next production.

Follow them on their social media @chemichemiplayers on all platforms to know what they have in store.

Derrick Kinyanjui is a young and vibrant Actor committed to the craft of Theater and Film.He has been a part of acclaimed projects such as the TV series COUNTY 49. Passionate and driven professional with an innate ability to communicate efficiently. Comprehensive knowledge regarding the craft as well as strong attention to detail. I uphold Good work ethic and respect to all who I encounter and work with for I believe those two qualities offer a productive working environment.